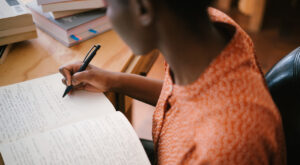 The English department at University of Central Florida enacted a statement last year to combat racism — and just one year later they’re reportedly forced to suspend the statement due to the Governor’s so-called “Stop WOKE Act” which passed last year.

Florida Republicans, especially DeSantis, has been peddling an erroneous claim that Critical Race Theory (CRT) is taught in school, and have somehow maligned the college-level course which has nothing to with “anti-racism” — as if that were a bad thing. The “Stop WOKE Act” went into effect on Friday and restricts race-related in K-12 schools and colleges.

More about the CRT charade can be found here.

Opinion: Several lawsuits over this backwards legislation are already underway because it undermines the First Amendment. It’s tough to not be critical of the Florida GOP’s asinine idea that curriculum that discusses race is harmful to students. Next, oxygen is harmful. Then again, if you’re breathing the same air as the Florida GOP, maybe it is toxic.