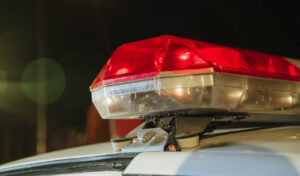 Three Black men were killed in a hit-and-run collision in front of a popular gay bar early Sunday morning, which police reportedly said “appears to be intentional.”

At a press conference on Monday, officials with Chicago Police Department said the hit-and-run happened after an argument inside a bar turned into a physical altercation on the street. One of the people involved in the altercation got into a car and drove into a group standing outside the establishment, reported NBC News.

Four men were struck in the collision. Three died at a hospital and one person remains hospitalized.

#BREAKING Chicago Police are investigating a deadly hit-and-run incident near 71st and Jeffrey in the South Shore neighborhood.

The incident happened in the 7000 block of South Jeffery around 5 a.m., according to police.

Police said the vehicle involved in the hit-and-run was found, but they are still searching for the driver.

Police reportedly said the incident is not currently being investigated as a hate crime.

More about the hit-and-run incident and investigation can be found here.