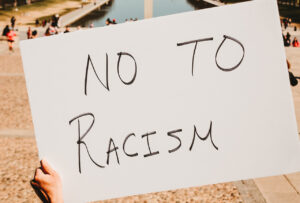 A mother in Colorado reportedly said she wants stronger accountability after a student allegedly sent her son a racist message while in school.

According to Jana Veasey, her son who attends Mesa Middle School in Castle Rock, was AirDropped a swastika made up of the n-word typed out more than 60 times, reported local station KDVR.

Veasey reportedly said the student, who is older than her son, doesn’t know him and never had any interaction with her child who just moved to the school a few weeks ago.

Douglas County School District reportedly said they cannot comment on discipline for any specific student but takes the allegations seriously.

Veasey reportedly said the accused student was only suspended but she wants that student expelled. She also said she will press charges after being asked by police.