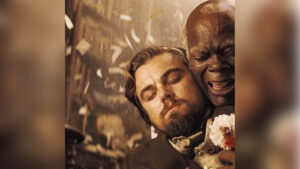 It’s almost Friday yet it’s as if I can still hear the sound. There was a lot of groaning over the week about Dave Chappelle’s show in San Francisco, and this time, it had nothing to do with his insensitivity toward the transgender community. The legendary comic switched up his routine in epic fashion and performed several magic tricks of sorts, in my view, after morphing from a celebrated— and frequently derided— comedian to a political stunt man all before the very eyes of thousands of people in a live audience.

That noise that has been ringing in my ears this week is possibly a reverberation of the boo’s that filled Chase Center on Saturday night when to everyone’s surprise — and chagrin — Dave pulled a white rabbit out of a hat in the form of “the world’s richest man,” according to Chappelle’s introduction. Elon, in all of his aloof glory, took the stage and the mood dampened — quickly. There were scattered cheers in the audience, which Musk played up as more support for his appearance than it truly was (delusional much?) but it was clear the majority of the audience was not laughing.

Chappelle seemed surprised by the cold reception to his new snow bunny, perhaps as much as Elon was, but how… or why?? That wasn’t the only question I was left with by the spectacle.

RELATED: N-word use jumped over 500% as soon as Musk took over Twitter. The Elon Effect?

I’ve been a fan of Dave Chappelle for decades, he has demonstrated an ability to relate and convey the feelings of Black America in the face of everyday of injustices, and communicate the problems “commoners” are dealt… with a knee slapper or two. He has been incredible at eliciting laughs with his risk-taking performances — until now. I’m sure others can argue Chappelle forgot to defend the marginalized and neglected when he took his jokes perhaps too far, turning trans people into fodder for some of his comedy specials. I listened to the entirety of those stand-ups, so I agreed to disagree with some of his assertions and attitudes towards the transgender community. But I also looked the other way when he reportedly gave Donald Trump the benefit of a doubt following his election in 2016, if that tells you anything about my soft spot for the Dave. (Frankly, any real “man of the people” should have known better than to cohort with a narcissistic billionaire in front of an audience in front of a man who had has an undeniable knack for riling up a bleeding-heart liberal city like San Francisco.) I even stood by Dave with his criticism of gay White men and agreed with some of his viewpoints, but Saturday was the moment when I dropped the fandom like a bad… rabbit. It finally became clear with Elon’s appearance that Chappelle lost his way, and demonstrated he is prone to it.

The oddities didn’t end there. I was more puzzled by Chappelle’s invitation and subsequent defense of Elon’s presence than the mere fact that Musk was someplace the audience didn’t want. Did Chappelle really think his audience paid money and waited in line to be exposed to Elon Musk in person for 10 minutes?

Maybe Musk was invited to help Chappelle’s buddy Talib with Twitter. Getting a load of the sight on my phone, the most important question came to me: how long does it take for celebrities to lose touch with reality? Dave Chappelle was always seemingly the most grounded with his finger to the pulse of society, which is why I stuck by him and kept laughing. Sure, he has, to my memory, always been a free speech absolutionist, but he also didn’t wear rose colored glasses — his vision was pretty clear. To not see Musk for who he is and what he believes was a major oversight… or perhaps, just another example of poor judgment on Chappelle’s part.

I’ve written more about Musk than I care to these past few months, and as of tonight, he is still acting rabid as evidenced by breaking news that Twitter suspended several journalists’ accounts over them allegedly sharing information about the egomaniac’s jet-setting. This comes after Twitter also hid the account Musk asked to buy from a user who was tracking and posting his flight details.

Twitter has been Musk’s naughty playground, hopping from one problem to another.

Give him a chance, you say, Chappelle? I’ve heard this from you before. You like different opinions, you say, Chappelle? I’m sure David Duke would have been just as worthy of surprise appearance since everyone’s opinion is worth a platform and spotlight in your world. Musk, the supposed “world’s richest man,” (he was dethroned this week) can afford his own platform. In fact, he arguably has the platform, and it happens to be shared by millions of others as well — but he has shown whose platform it truly belongs to now. That’s the power of being at the highest level of my upper class.

I don’t know what Chappelle’s next act will be, but if he has another trick up his sleeve, it will be interesting to see if he can magically return to a comedian who is in tune with the oppressed and underprivileged — and understands the power of unmitigated free speech that will uplift them, not hold them down.