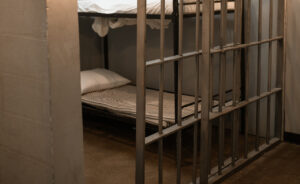 A man accused of harassing a Black female staffer in the Delaware governor’s office has been sentenced to four months in prison.

A court made the ruling on July 1.

The 27-year-old man was accused of calling the governor’s office 160 times making racist and sexist remarks aimed at the woman in late 2020.

The man was arrested in December 2020 on charges of harassment and terroristic threatening. The man reportedly made all of the harassing phone calls within the course of 20 days.

He became the first person in Delaware to be convicted of a felony hate crime by the state’s Division of Civil Rights and Public Trust.

After prison, he will be placed on probation. He will also be required to complete community service, anger management, mental health and substance abuse counseling, according to officials.

More about the conviction and harassment accusations can be found here.

Opinion: BNN has noted on many occasions how unfortunately it is too common that racist men target Black women because they believe they can get away it. It’s disgusting and unacceptable. It’s hard to argue against prison time for people like this.