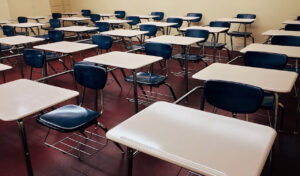 An elementary school teacher reportedly quit his job after a district employee allegedly took down a collage of pictures that showed Black heroes he had on the wall of his classroom.

Michael James, who was a teacher at O.J. Semmes Elementary School, sent a letter to Florida Gov. Ron DeSantis and Escambia County Superintendent Tim Smith on Monday. In the letter, he said a district employee allegedly removed his posters because they were “age inappropriate,” reported the Pensacola News Journal.

James reportedly said he put up those posters because the majority of students were Black and he wanted them to be inspired.

In a statement, the district reportedly said they’re going to investigate the incident.

James is now looking for a new teaching job.

More about the allegations can be found here.