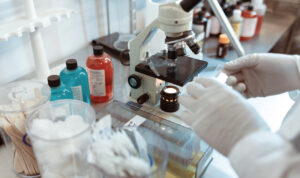 Doctors in Tanzania are trying to learn more about a mysterious disease that has reportedly killed three people so far and infected at least 10 others.

The unidentified illness has several symptoms, including nosebleeds, fever, headaches, and fatigue, according to government medical officials in Tanzania.

Doctors believe the illness is possibly caused by an unknown viral hemorrhagic fever — a virus that damages the walls of small blood vessels causing them to release blood.

The symptoms of the unknown illness resembles that of several viruses, including Ebola, the Crimean-Congo hemorrhagic fever, Lassa fever, and Marburg. According to the World Health Organization (WHO), these viruses have the potential to trigger pandemics.

All of the patients stricken by the mysterious illness have tested negative for known viruses, including Ebola, health officials said.

Only one patient has recovered from the illness so far, and the rest are still in isolation.

More about the unidentified illness can be found here.