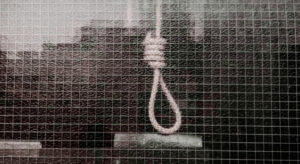 A Black family in Fresno reportedly  discovered a mannequin with its face painted black in their front yard on Saturday with a belt that looked like a noose tied around its neck.

The family reported the incident to local authorities who are investigating the incident and looking for surveillance video and witnessed to find the person or people responsible.

Police reportedly are not investigating the incident as a crime because the situation did not amount to a criminal offense. If evidence indicates the family was targeted, then it could be considered a crime.

The family said they are the only Black family on the block and believe they were intentionally targeted.

Opinion: Trespassing on someone’s property to commit an act of racial intimidation should be a crime. The idea that the incident could go unpunished by local authorities is shameful. Hopefully the incident is brought to the city council’s attention so that there is at least an ordinance in the pipeline to address this lapse in local laws.