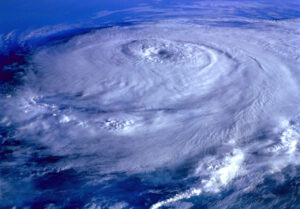 I’m an independent voter and a non-conspiracy theorist. I’m compelled to open with this transparency in such a divisive society we’ve grown into because truth and credibility are assumed to be partisan attributes these days. A large swath of U.S. voters now mirror wayward people who have drawn our world into the preludes of the scariest periods depicted in history books — people who operate on proliferated falsehoods… the kinds that eventually carry mortal consequences. That may be down the line, but what’s set off the alarms today, very specifically today Wednesday, July 13, 2022, is the eerie quiet instead of the storm logical voters would expect to engulf this nation.

Audio was leaked today of Steve Bannon, once Trump’s right-hand man — former White House senior adviser and chief strategist, revealing “the big lie:” Trump planned in October 2020 to contest his loss to Biden. Trump knew he would not win the 2020 election and he knew he would whip up a hurricane of fury. Bannon also strongly implied this would be Trump’s grand finale. (I still contend Trump doesn’t really want to be President but that’s another story.) The posturing was necessary to rally an army of mentally-unstable minions.

Trump’s mockery of the democratic process — and his own followers for that matter — indicates the puppet master was in total control of the show. His actions leading up to Jan. 6, 2021 would have had dire consequences for the country, not just the images that have marred the admiration the U.S. once held in the eyes of the global community.

Knowing you’ve been played is enough for the average person to lick their wounds and walk away. Given the climax of the story — the insurrection at the capital — it should be enough to enrage the average person, but it hasn’t. And that’s downright scary.

There is a category 5 storm barreling down on this country. From where I sit, Teflon Don has earned his name. Republicans are a minority in both houses and the sitting president is Team Blue, yet nothing and no one can touch the untouchable — or wants to, as some Democrats have openly admitted. It’s a frustration that many righteous Americans are eager for the left to rectify if Democrats want to be the antithesis of the GOP. From Russia meddling in the 2016 election on Donald’s behalf, to stalled investigations into campaign finances, the insurrection and countless infractions in between, the only consequence has been to the integrity of American democracy. Trump and his inner circle have remained sheltered.

It’s abundantly clear now, if it wasn’t already, that Trump supporters are not interested in facts. Rules (laws) are meant to be broken if it opens a path for conservatives to create the autocracy they seem to be craving. Don has tapped into anger and ignorance of far-right (perhaps moderate) Republicans who will continue to carry those misguided feelings to the ballot box for GOP candidates who operate within Trump’s framework.

I lament this moment in history we have created, not just Republicans. But perhaps this clarity was always meant to be. After all, the eye of the storm is often where we usually find it.